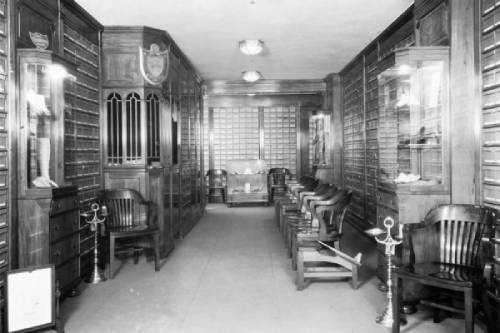 Nettleton Shoes – Shoes of Worth

The company was founded in 1879 by A.E. Nettleton in Syracuse, New York, U.S.A., as a manufacturer of high end gentlemen’s footwear. Nettleton Shoes has been serving the desires of our discriminating Clients for more than over 140 years old. The company has provided footwear to some of the most sophisticated individuals in the country with special request coming from high ranking military officers and U.S. Presidents alike. Edward A.Tognoni purchased Nettleton Shoes in the 1970’s expanding the company’s reach internationally.

The Nettleton Group is presided over by the Tognoni family. Ed Tognoni holds the position of company president overseeing all of the company’s operations. He is the driving force behind footwear design, manufacturing and quality control. His guidance and tutelage is invaluable in keeping the Nettleton Shoe at the forefront of the footwear industry. Other close family members are active in the day to day operations of the company. Each one of them has the same commitment to quality and upholding the tradition of the Nettleton brand.

Footwear as an Art Form

The Tognoni family considers the design, manufacture and offering of footwear to be an art form. Our roots run deep in both footwear and the arts. Our paternal great grandfather was a master shoemaker in the Tuscan region of Italy in the 19th century. Our paternal grandfather was a stone cutter in the marble quarries of Tuscany. Our maternal grandfather was the purveyor of a large music business in the Midwest. He and his business associates organized to bring Maestro Arturo Toscanini to St. Louis, Missouri for an unprecedented concert. Our father Edward Sr. was a master sculpture that carved works of art in stone for some of the most iconic buildings in the Midwest region of the U.S. Additionally he was accomplished on the violin and mandolin playing classical and Italian folk music for members of the family. We have a commitment to quality, fit and producing a shoe that is worthy and a source of pride to our family of artisans.