A Father’s Day---Shoes passed on from your father

FATHER'S DAY IS JUNE 20, 2021, Wednesday---NETTLETON SHOES OFFERS YOU HERITAGE, TRADITION, AND STYLYING FOR THE AGES AND HAS FOR OVER 140 YEARS.

My father purchased two pairs of Nettleton shoes in Washington, DC in March of 1970 after graduating from Marine Corps Security Guard (MSG), AKA “Embassy School”. He purchased the shoes to wear with suits for formal occasions when the dress blue uniform wasn’t appropriate. Often, this was when meeting foreign dignitaries and heads of state. For the next 18 years, he carried the shoes around the world while stationed at American embassies in Ireland, Portugal, and Vatican City. In between embassy assignments, he (and the shoes) traveled to London (England), California, Illinois, Budapest (Hungary), North Carolina, Keflavik (Iceland), Virginia, and Oklahoma. 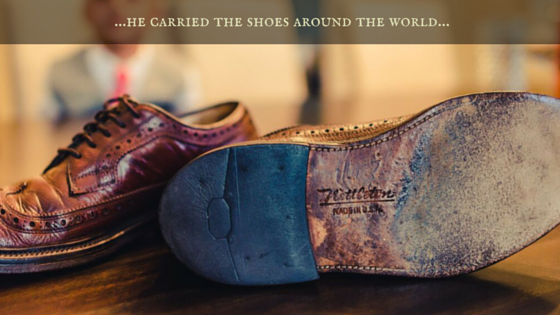 In 1988, my father retired from the Marine Corps and went to work in the corporate world, and yes, his Nettleton shoes went with him all around the Washington, DC area.

In 2007, my father retired a second time and for a few short months he found that he rarely wore the shoes outside of church or a formal occasion; the well-deserved rest and relaxation his Nettletons received would be short-lived… that same year, he passed them on to me as I began a professional career after my own stint in the Marine Corps. While I didn’t have the opportunity to take them with me during my Marine Corps travels, I have put them to good use. Today, I wear the shoes around Washington, DC, working for the Veteran’s Benefits Administration. Ironically, I am not far from where my father purchased the shoes 45 years ago. 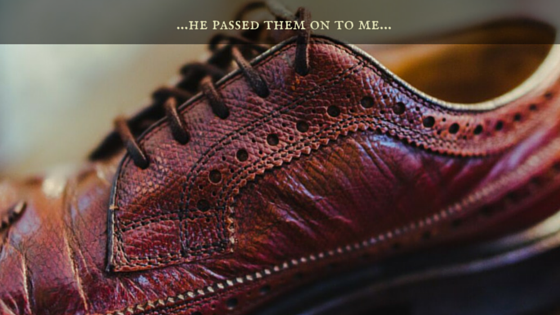 Although I have not traveled as much with the Nettletons as my father did, I have managed to wear them in a few states including Louisiana, Texas, Tennessee and Florida and Wyoming; and throughout the Caribbean, to include the Bahamas, Jamaica, and Grand Turk.

All together, we have had a pair of Nettletons with us to attend everything from formal social events with Ambassadors and foreign dignitaries, to weddings, anniversary celebrations, home purchases, and even just everyday work. I thank you for making a quality product that I intend to pass on to my son after I retire about 25 years from now. 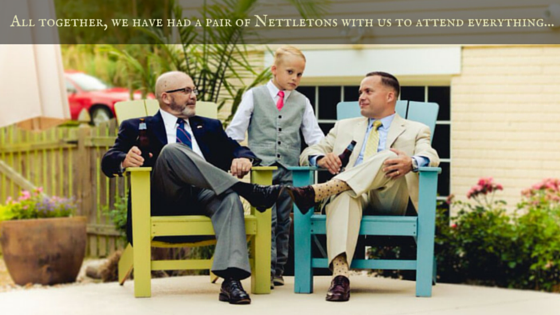